401k investing & educational tools are now needed more than ever 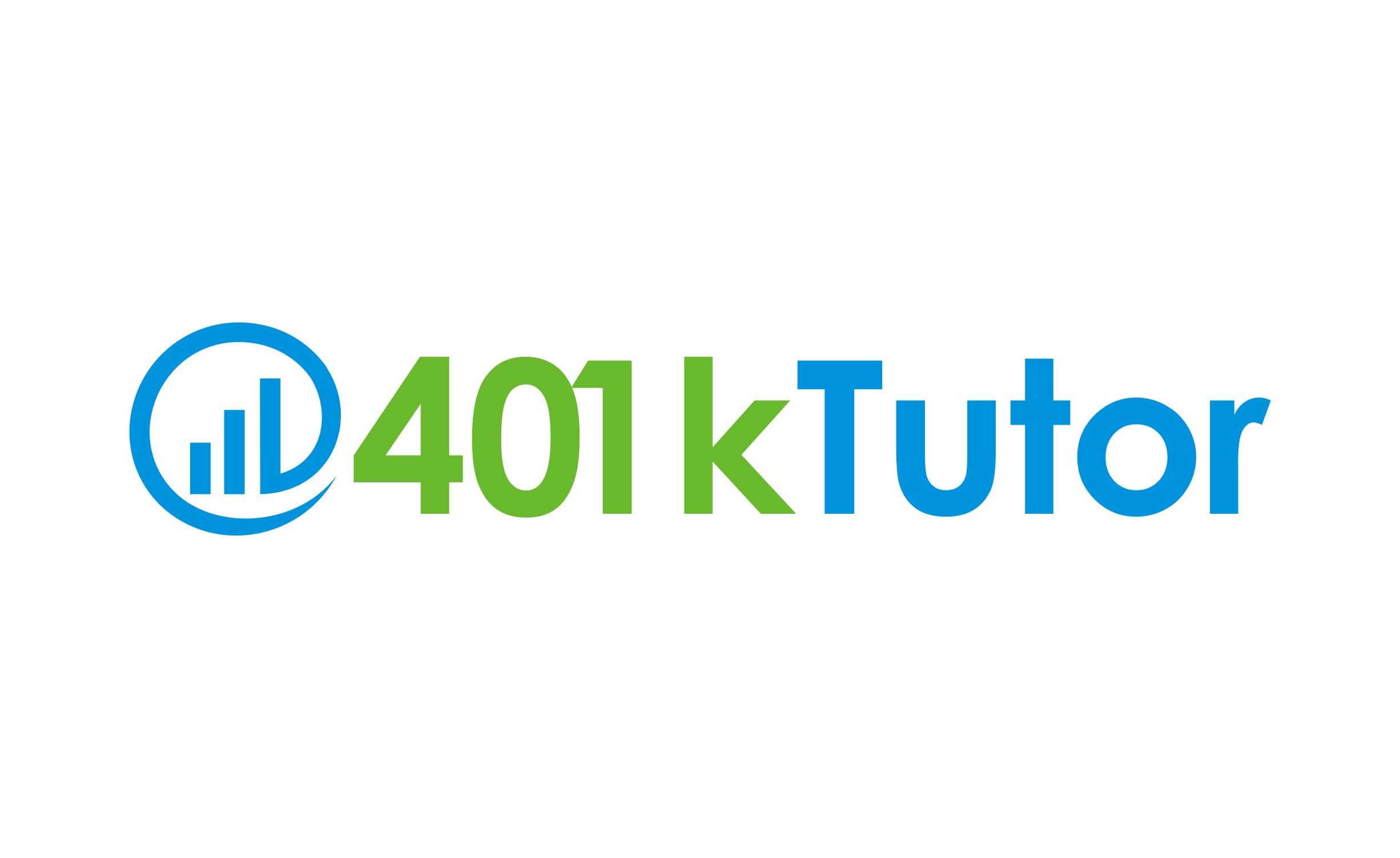 ‎Surveys conducted by Beam Capital Management have consistently shown that the 2 biggest issues faced by 401k participants are 1) the lack of knowledge as to what would be an appropriate asset allocation mix during various points in one’s career and 2) consequently not maintaining that appropriate asset allocation via periodic rebalancing. 401k Tutor solves both issues by suggesting to users an appropriate customized asset allocation mix and offering automatic or user-set reminder alerts for rebalancing.  This is all done via an innovative user interface that is simple, quick and easy to use.

A joint research study conducted by the Employee Benefit Research Institute (EBRI) and the Investment Company Institute (ICI)[1] revealed that nearly 10% of 401k plan participants in their 20s and 30s had zero allocation to equities highlighting the need to better educate 401k savers on proper asset allocation strategies. The same study discovered that exposure to equities has increased among 401k participants since 2007, while a separate study by the ICI[2] revealed that only 6.6% of defined contribution plan participants changed the asset allocation of their account balances in the first half of 2015. This indicates that more than 93% of participants did not rebalance their accounts. “This set-it-and-forget-it mentality is very problematic in any market condition but particularly more so as 401k plan participants get older or when market conditions severely deteriorate” said Mohannad Aama, Chief Investment Strategist at Beam Capital Management. “There are upwards of 90 million active and inactive 401k accounts in the United States, not counting self-directed IRAs. A small percentage of these accounts not managed properly means that millions of investors aren’t investing properly for retirement” Aama added.

401kTutor.com has previously been in Beta testing and is now live with periodically updated asset allocation models as well as helpful educational articles on proper retirement planning. The site is free to use and is mobile friendly. 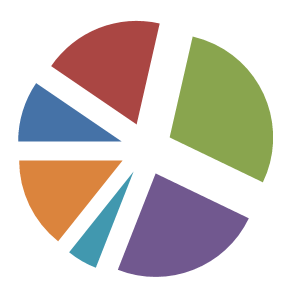 US stocks, as measured by the S&P 500 index, are clinging to a small decline for 2015 as the year is coming to a close. The Federal Reserve met earlier in December and increased benchmark interest rates by 0.25% for the first time since 2006. Meanwhile, the US unemployment rate has been steadily declining throughout 2015 while US GDP has been hovering around a not so hot but not so cold 2%. Amid this steady, but somewhat slowing, recovery in the United States, there have been many concerns about the slowdown in the Chinese economy and the impact this will have on global demand. Concerns about China are coupled with concerns about Europe as the ECB (European Central Bank) is still in the midst of stimulating the economy there through monetary policies that have caused the Euro currency to lose 10% of its value against the US dollar in 2015 and 20% since the beginning of 2014.

Amid this economic picture, we see continued concerns in US and Emerging Markets stocks. We believe capital preservation should be of paramount concern as we enter the first half of 2016 as we believe that dividend and interest income will likely make up a big portion of total returns next year. As such, effective today, we have adjusted our asset allocation models to reduce overall portfolio risk and increase sources of income. Overall, we have increased allocations to government bonds and REITs while we reduced allocations to emerging markets, mid and small capitalization stocks. We have also reduced our exposure to (investment grade) corporate bonds in favor of more exposure to Treasury bonds. We believe that there is a high risk of contagion in the fixed income market due to snowballing fears of an iminent liquidity-driven sellof in the high yield (junk) bond market.

Should I worry about Greece in my 401k?

By now you have probably heard of the Greek debt crisis and the failure over the weekend of the negotiations between the Greek government and its creditors to avert a potential default on its loans from the IMF that are due on June 30.

Stocks around the world opened for trading on Monday with moderate to steep declines while the stock market in Greece was ordered closed. Many US investors are wondering what impact the Greek debt crisis will have on their 401k plans? In order to answer this question we have to understand the two potential consequences that this crisis will have on your 401k: direct and indirect exposures.

There are hardly any direct consequences on our 401k from what is going on in Greece. Greek stocks and bonds are the most impacted by the crisis in Greece. The next most affected group would be stocks and bonds of European companies, particularly in those countries that either do a lot of trading with Greece or are creditors of Greece and Greek entities in general. Unless you have the entire funds in your 401k allocated to European funds then you should have little to worry about. Recall that your 401k funds are invested in various mutual funds that own stocks or bonds in different companies and in different countries. Here in the US, there are no mutual funds that are exclusively dedicated to investing in Greece but there is an exchange traded fund that does. So if you happen to have a significant portion of your 401k invested in this ETF (Symbol: GREK) then you are down about 15% on that holding alone just today.

While you may have little or no mutual funds that invest in Europe, and to a lesser extent in Greece in your 401k plan, you do have potential indirect exposure to what is going on in Greece simply because this crisis creates a lot of uncertainty for global investors and uncertainty usually brings on volatility to global stock markets and the US markets are not immune to that. It is hard to quantify the magnitude of potential losses in US markets specifically attributable to the Greek debt crisis but the fact is that US markets are less intertwined with the Greek economy than those in Europe should give us a gauge of potential losses and should signal that any losses in the US will be smaller than those in Europe.

What should 401k Investors do now?

The best thing you can do now is to actually log in to your 401k account and see what your current 401k allocation is. This is even more important if you have not done so in 6 months or more. If your 401k is properly diversified and appropriately allocated for your age and risk tolerance then chances are it will be less impacted by any single event such as Greece or otherwise. You can get free 401k allocation models right here.

How Much Money Are You Losing Out on Your Employer’s 401k Match?

A recent study concludes that the average worker loses out on more than $1,300 in missed employer matches because of not contributing enough to their company-provided 401k plan. It is estimated that 92% of employers that offer a 401k plan match employee contributions, according to Aon Hewitt.

For the typical employee, failing to receive the full company 401k match leaves $1,336 of potential free money on the table each year. That equates to an extra 2.4% of annual income not received. Assuming a 4.4% annual rate of return, the forfeited matching funds could amount to nearly $43,000 over 20 years.


Who are the employees most likely to miss out on their company’s generosity? They typically fall in two categories: younger employees and those who do not get financial advice whether at work or on their own. We launched our free services at 401k Tutor precisely because of the latter reason. Our goal is to provide you with the necessary basic educational tools and free asset allocation models that will empower you to become a better investor. Start now.

Apr 15, 2015
The first quarter of 2015 ended with the US stock market almost unchanged. Investors have been anticipating what the Federal Reserve is likely to say in its next few meetings so as to gauge when the next interest rate hike is. US Treasury bonds also ended almost unchanged, albeit slightly lower than where they started in 2015, due to increased anticipation of the next interest rate hike. Internationally, emerging market stocks were under pressure due to a strong US dollar while in developed markets, in Europe specifically, stocks have benefited from central bank stimulus measures and have had a nice run up in the first quarter of 2015.

Given the uncertainty surrounding the near-term actions of the Federal Reserve we think market risk is likely to increase over the next six months. Our current live allocation models take this into account with a slight bent towards slightly lowering risk in each respective model portfolio compared to baseline weights.